9 September – 14 October 2018. The 8th International St. James Festival is dedicated to the Centennial of the Restored State of Lithuania, Camino de Santiago and the European Year of Cultural Heritage.

The Festival helps VILNIUS State Choir and its partners to pursue their educational and cultural mission, i.e. promote choral music and professional performing arts in Vilnius and Lithuania at large. By expanding the Festival’s international relations, more and more art fans are attracted to the country from all over the world.

Festival events are free
Organizators of the festival: Concert institution state choir Vilnius and Dominicans brothers
Patrons of the festival:  President of the Republic of Lithuania, Dalia Grybauskaitė, and Archbishop of Vilnius, Gintaras Grušas 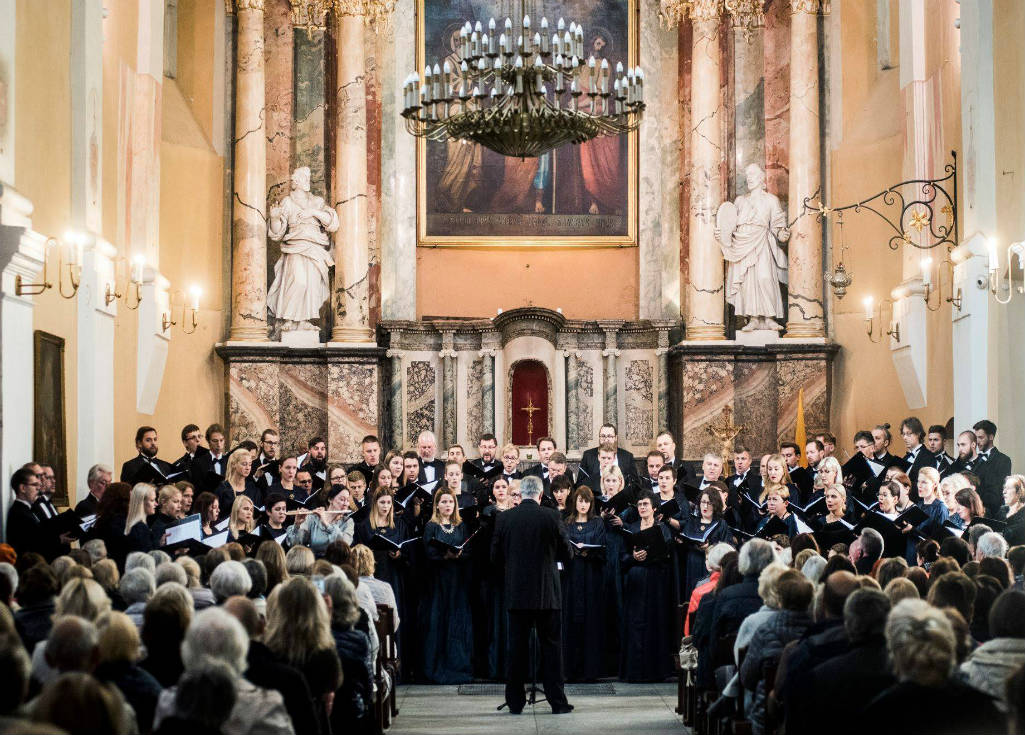 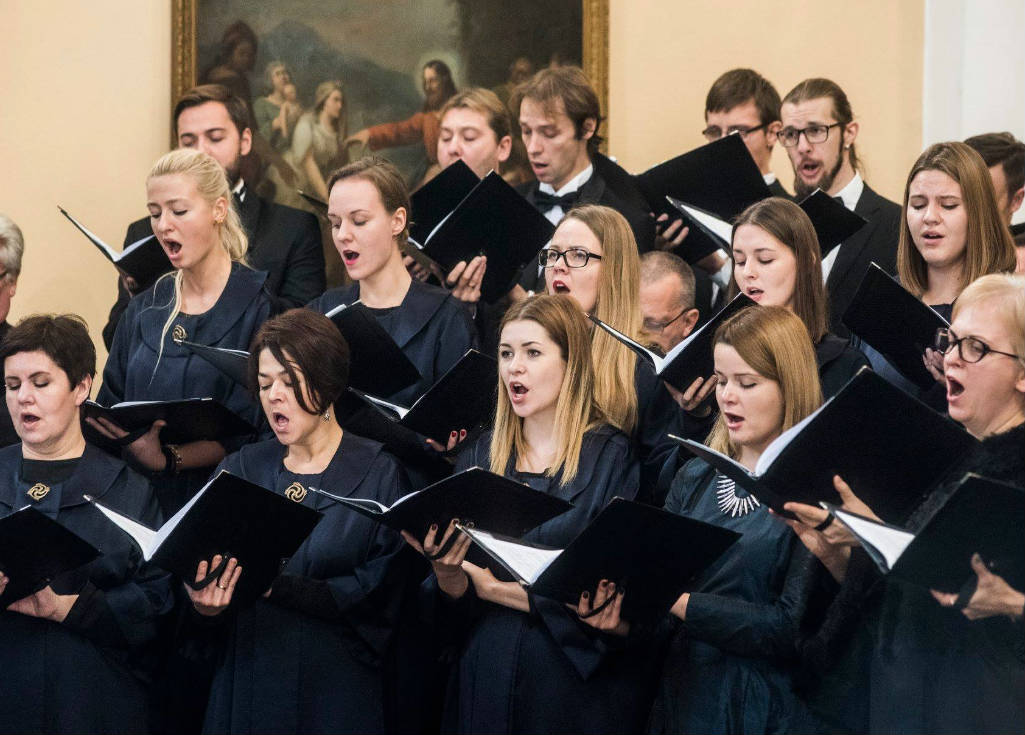 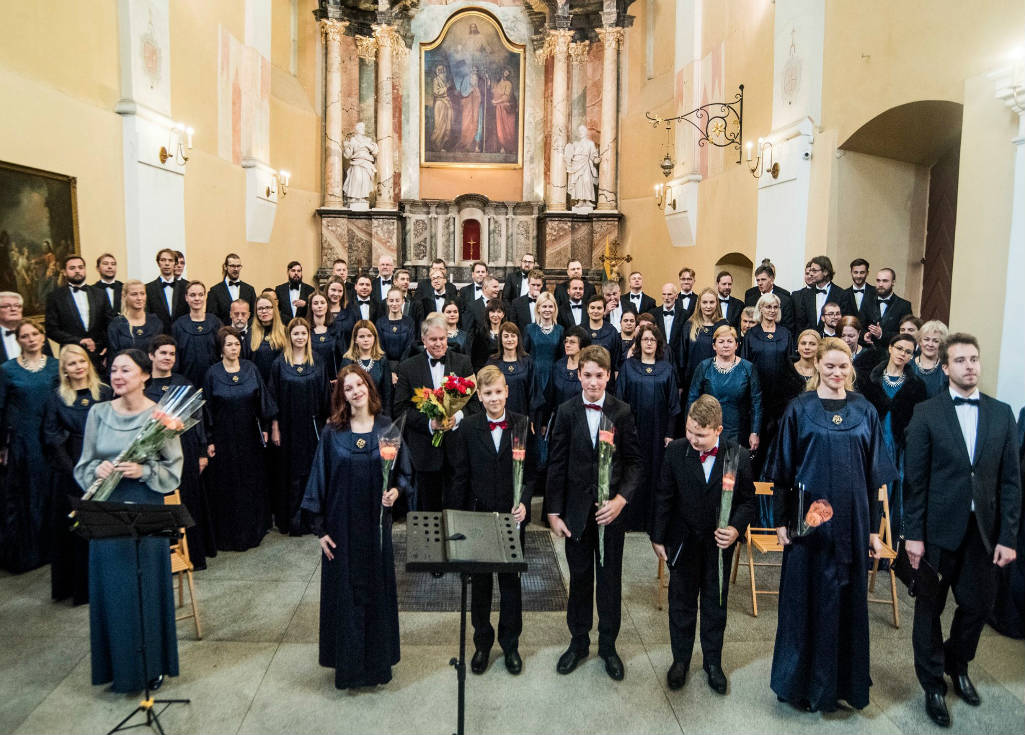 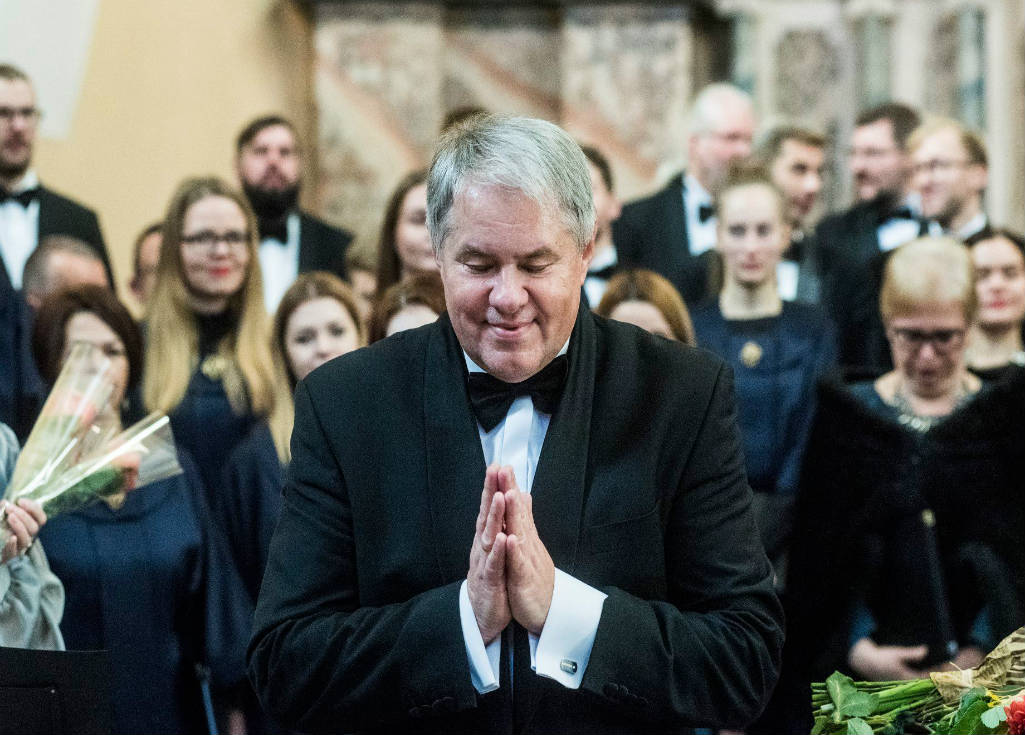 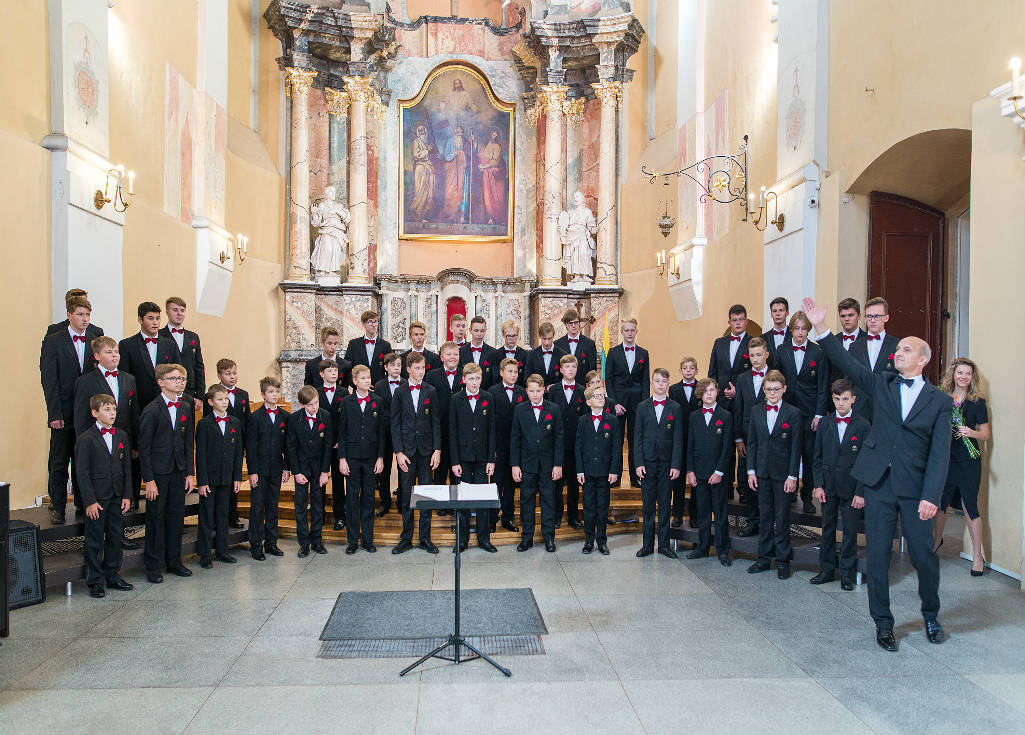 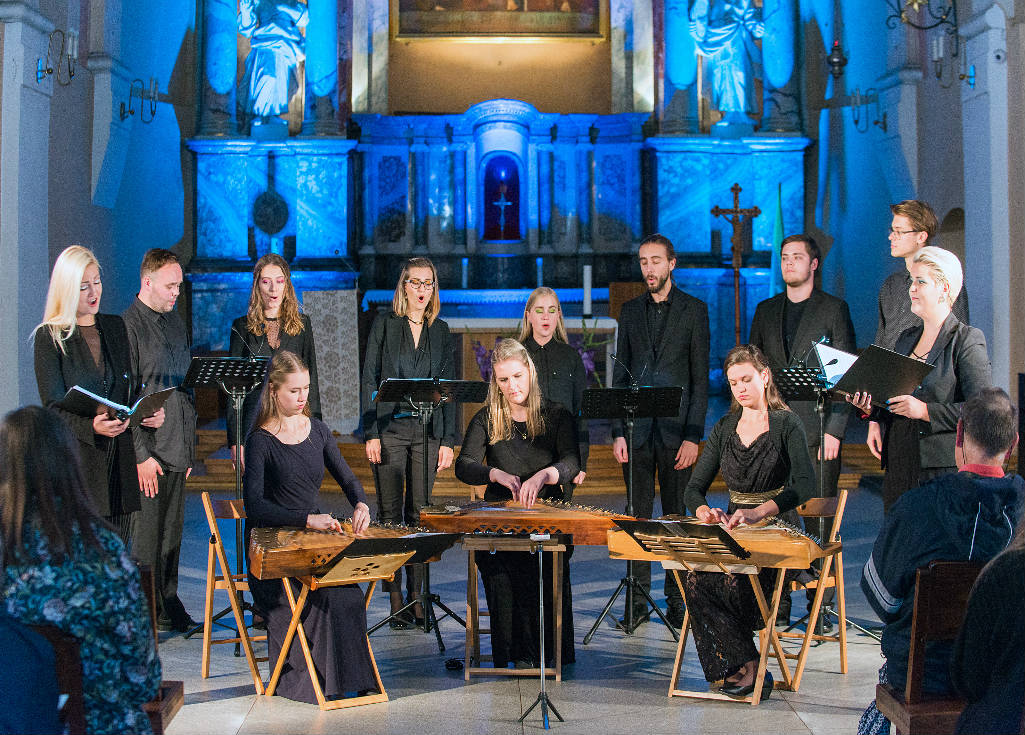 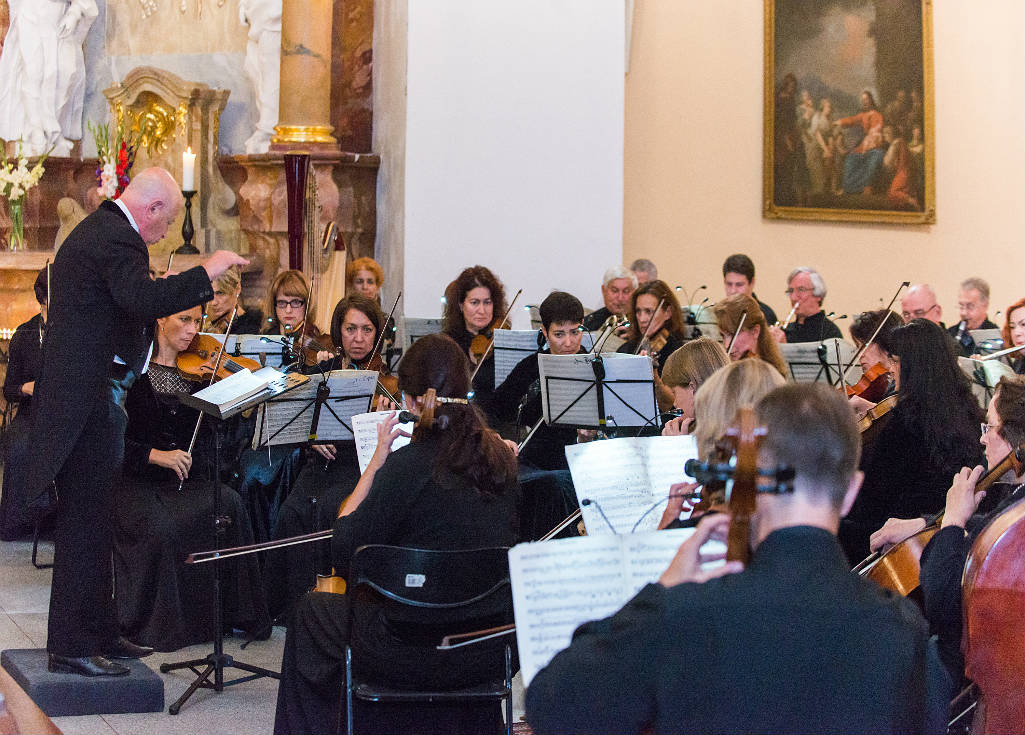 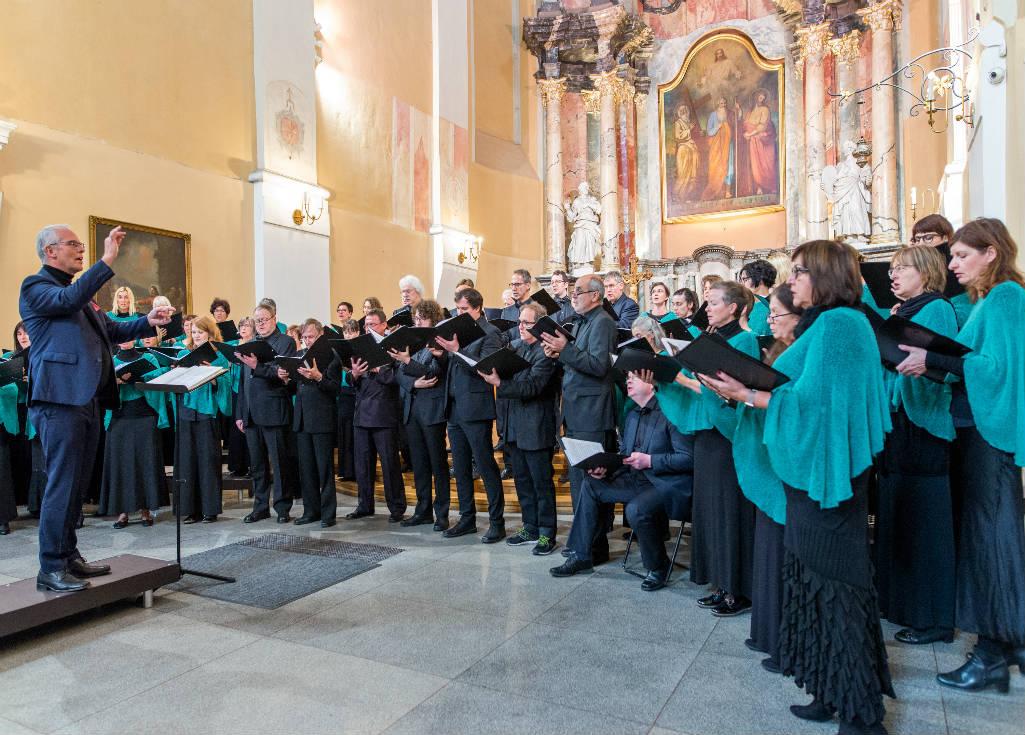 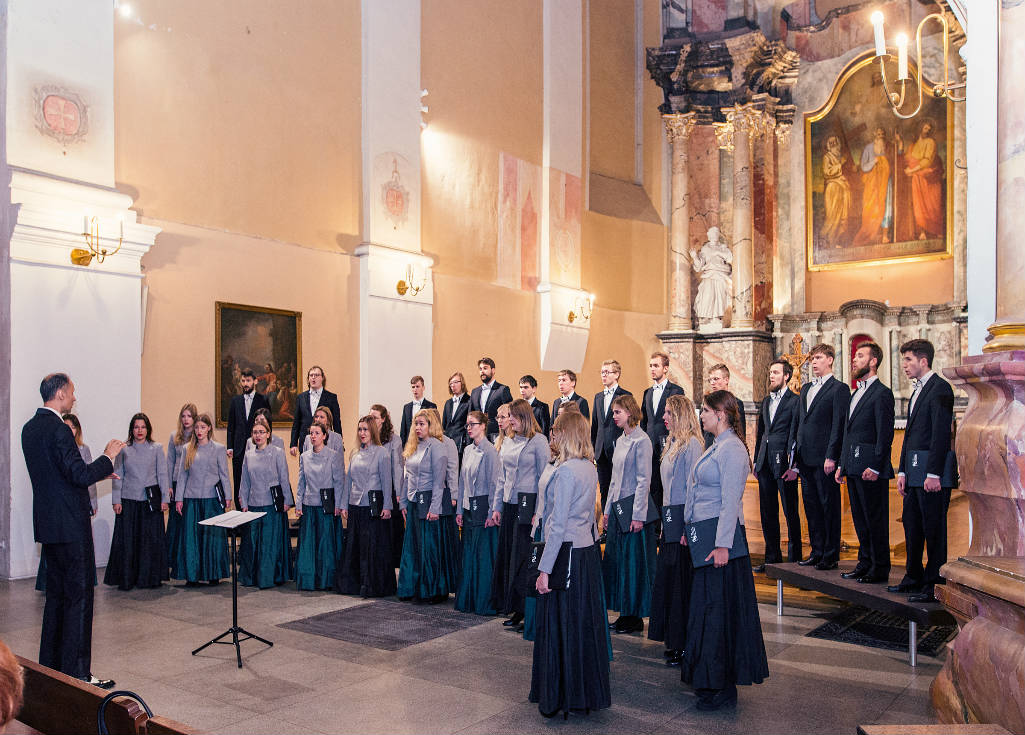 The Kaliningrad Symphony Orchestra, founded in 1987, is a permanent participant in
international festivals taking place in Kaliningrad and abroad. It focuses on international cultural relations with Poland, Lithuania, Germany, Italy, Spain, Austria and others. The orchestra has expanded the possibilities of the Kaliningrad Drama Theater by participating in the construction of the Goethe tragedy “Egmont”, H. Ibsen’s drama “Per Giunts”, “Weillis and B. Brecht’s” Three opera opera “and others. The orchestra actively cooperates with the musical theaters of the county and Moscow.

Šiauliai boys’ and youth choir Dagilėlis is one of the most prominent groups performing in this genre in Lithuania. Dagilėlis annually organises dozens of concerts. Hundreds of people in the audience applaud the choir in various Lithuanian and foreign concert halls. Young singers enchant the hearts of the audience with emotional performance, delight them with excellently performed music and clear voices. The contribution of Dagilėlis choirs in to the culture of Šiauliai and life of Lithuania, cherishing of the traditions of choral singing and representation of the Lithuanian choral art abroad is awarded by the letters of acknowledgement of the Presidents of the Republic of Lithuania, diplomas, nominations by the Lithuanian Folk Culture Centre and the World Lithuanian Song Festival Fund Golden Bird (Aukso Paukštė). The choir received the “Our name – Lithuania” special award for fostering the traditions of the Lithuanian Song Festival, which is included on the UNESCO list of non-moterial heritage.
In 1990, Šiauliai boys’ and youth choir Dagilėlis was created and is currently directed by Remigijus Adomaitis. Dagilėlis promotes the name of Lithuania in the prestigious concert halls in Europe, United States of America and China. This is the only Lithuanian group, which performed in the State Heritage of Saint Petersburg (Russia), Berlin State Opera Unter den Linden (Germany), Kimmel Centre for the Performing Art in Philadelphia (United States of America), famous Maria Laach Abbey (Germany), and the prestigious Beijing Grand Hall of the People (China).

The creators and performers of the Late Junctions program are a group of ten vocalists with a high standard of professionalism and a trio of kanklės, all of whom are still studying at the Lithuanian Academy of Music and Theater or have recently graduated. One of the project’s leaders in the project is countertenor Vaidas Bartušas, who deals with the subtleties of performing baroque and contemporary sacred music. There are more sopranos with the same aesthetic of performance: Ieva Skorubskaitė, Stasė Žaltauskaitė-Malūnavičienė and Viktorija Šedbaraitė, mecosoprano Kristina Jurevičiūtė, Milda Zapolskaitė and Ingrida Alonderė, baritones Danielis Monteagudo Garcia and Martynas Kindurys and bass Jevgenijus Kovalčukas. Trio of kanklės – Lina Žilinskaitė, Ramunė Balčiūnaitė and Aušrinė Ulinskaitė.

The Erfurt Philharmonic Hall currently has over 100 members, 80 of whom are active in the choir activity. Since its foundation (1994), it is headed by Andreas Ketelhut, the head of the theater choir at Erfurt. The Philharmonic Choir is an independent, non-profit and self-supporting organization. The choir collaborates with the Erfurt Theater and they participates together in the Domstufen Festival. 2017–2018 During the festival season, the choir sang in operas “Carmen”, “Flying Dutch” and “Agnes von Hohenstaufen”. The choir’s repertoire includes various symphonic opuses, from Antonino Dvořák’s Stabat Mater to almost forgotten works such as Richard Wetz’s Christmas Oratorio.

Polifonija is one of the oldest professional choirs in Lithuania. It developed from a vocal ancient music ensemble founded by conductor Sigitas Vaičiulionis. Later the choir was named Polifonija and received the status of a professional group. Since 2011, the group is directed by Tomas Ambrozaitis.

Warsaw UT Choir is undoubtedly one of the most dynamically developing ensembles in Poland and
one of the best academic choirs nationwide. It exudes joy and energy, impresses with professionalism and delights with its sound.
The choir is composed of mostly students and graduates of the Warsaw University of Technology: young and ambitious singers with a passion for choral music.
Its repertoire consists of nearly 50 a cappella pieces, with the biggest emphasis on the works of recognized composers of the 20th and 21st century. The choir is a regular performer of exuberant American spirituals, enchanting Orthodox pieces, breath-taking arrangements of popular and folk music, and it tops up its repertoire with many monumental vocal-instrumental forms (JS Bach, J. Haydn, WA Mozart, J. Brahms, G. Mahler, J. Rutter, C. Orff).
Within 14 years of its existence the choir had the opportunity to frequently stage at both national and international festivals and has won nearly 20 choral competitions. It has performed in over 10 European countries.
Since 2004 the Warsaw UT Choir has been conducted by Dariusz Zimnicki, DA, the pedagogue of the
Frederic Chopin University of Music in Warsaw. The assistant conductor is Justyna Pakulak and vocal
technique education of the choir members is run by Joanna Morawska.

VILNIUS is a professional choir characterised by the highest standards of performance, versatility and educational activities. Particularly responsive to current trends in art, the Choir can take pride in mastering best of the choral music from previous eras, too. A combination of creativity and professionalism, the ability to get through to diverse audiences and involvement in offbeat events and projects are among the Choir’s hallmarks, which have forged VILNIUS a reputation as one of Lithuania’s leading choral groups.
A potent advocate for Lithuanian music, VILNIUS Choir annually presents several new works by Lithuanian composers, the most notable of which reach recording studios. VILNIUS has released 15 CD recordings while 300 recordings of choral works performed by the group are stored in the Lithuanian National Radio and Television sound archives.
Artistic maturity and professionalism has long been the top priority of the Choir’s leaders. Its current principal conductor, a famous Lithuanian choir conductor and educator Artūras Dambrauskas, has set the Choir on a new creative trajectory towards innovative, versatile and modern artistic activity.
Focused on the propagation of choral art, VILNIUS’ intense concert activity features unique programmes tailored to a diverse range of audiences. The Choir performs not only in the concert halls of major cities, but also in the most remote towns of the country. Interactive and engaging programmes are specially designed for kids to raise the audience of the future.
VILNIUS State Choir has been the organiser of the yearly International St. Jacob Sacred Music Festival since its inception in 2011. Illuminating every autumn with the sound of sacred music, the Festival has become an indispensible part of the capital city’s cultural life.