Founded in 2011, the International St. James Music Festival brings together professional, mostly choral groups from all over Lithuania and abroad. Every autumn the warmth of sacred music fills the Festival’s home, the Church of St. Apostles Philip and James Vilnius, and other venues. Within the framework of the Festival, concerts are annually held in Kaunas, too. In 2017, the map of the Festival came to encompass Alytus, and in 2018, even more towns on the St. James Lithuanian route including Panevėžys, Šiauliai and Šiluva, which are expected to become regular venues for the Festival concerts. St. James Festival has made professional quality music accessible for small town communities of Trakai, Šalčininkai, Vievis and Videniškiai.

The Festival resulted from the common initiative of VILNIUS Choir and Dominican brothers, whose aim was to get closer to people through choral music and at the same time serve society by setting up Vilnius carillon and reviving Lukiškės Square as a cultural hub. The Festival is still organised by VILNIUS Choir in cooperation with the Dominicans; the many colours of sacred music can be enjoyed by anyone who wants to as all concerts are free. By introducing a wide range of Lithuanian and modern/contemporary music, the Festival broadens its patrons’ horizons and knowledge of sacred music. 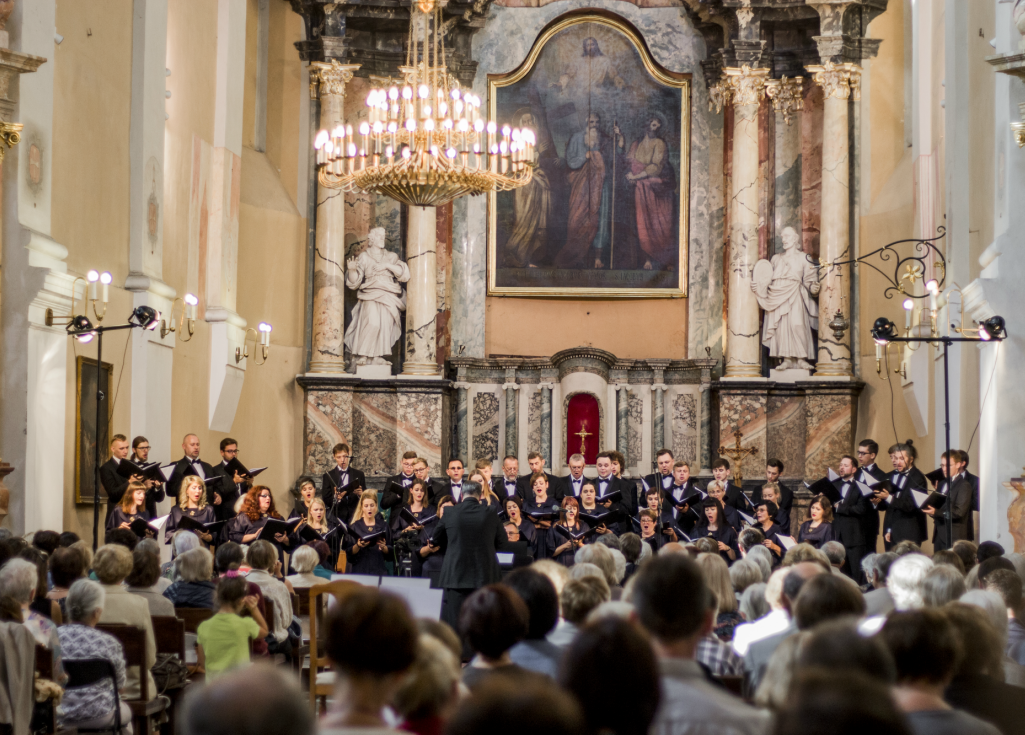 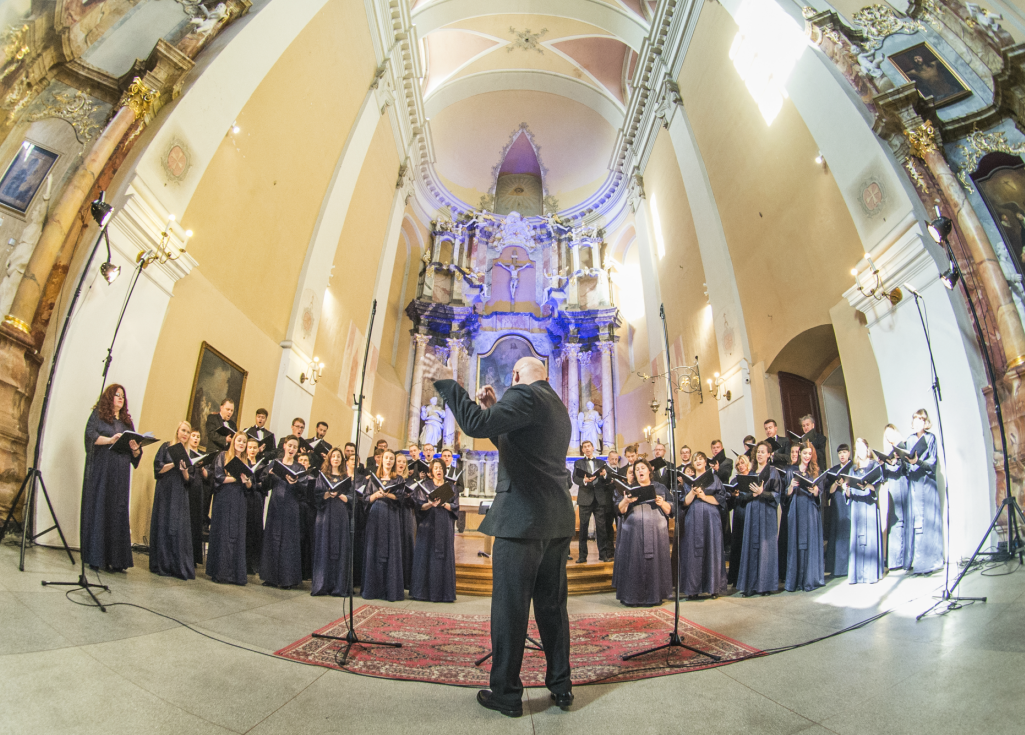 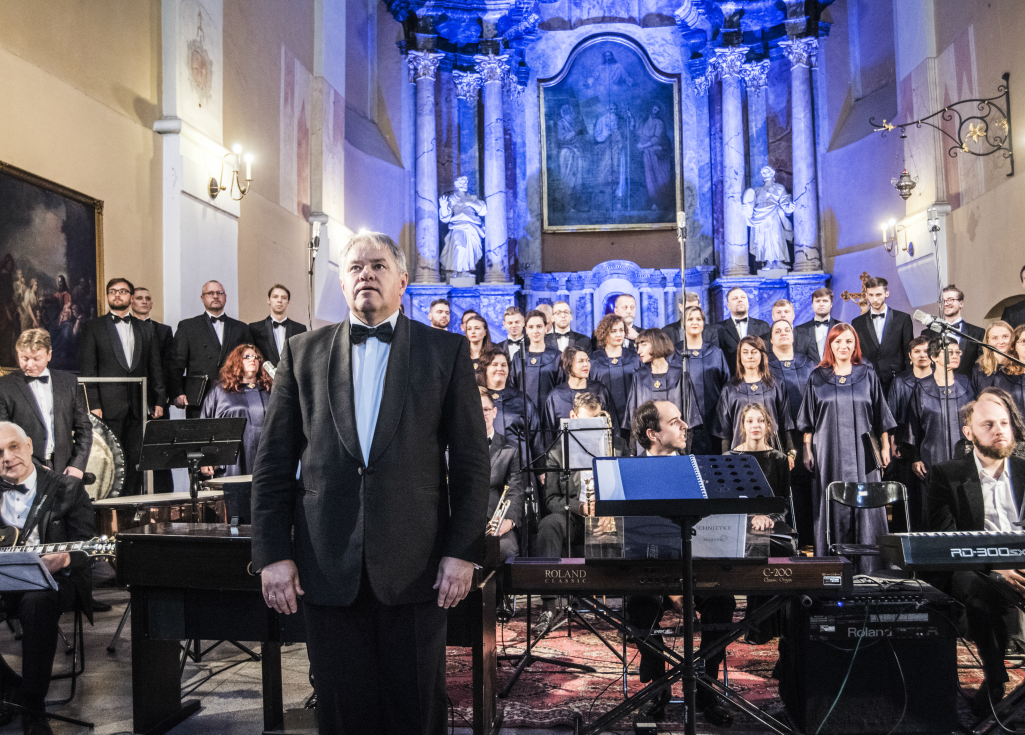 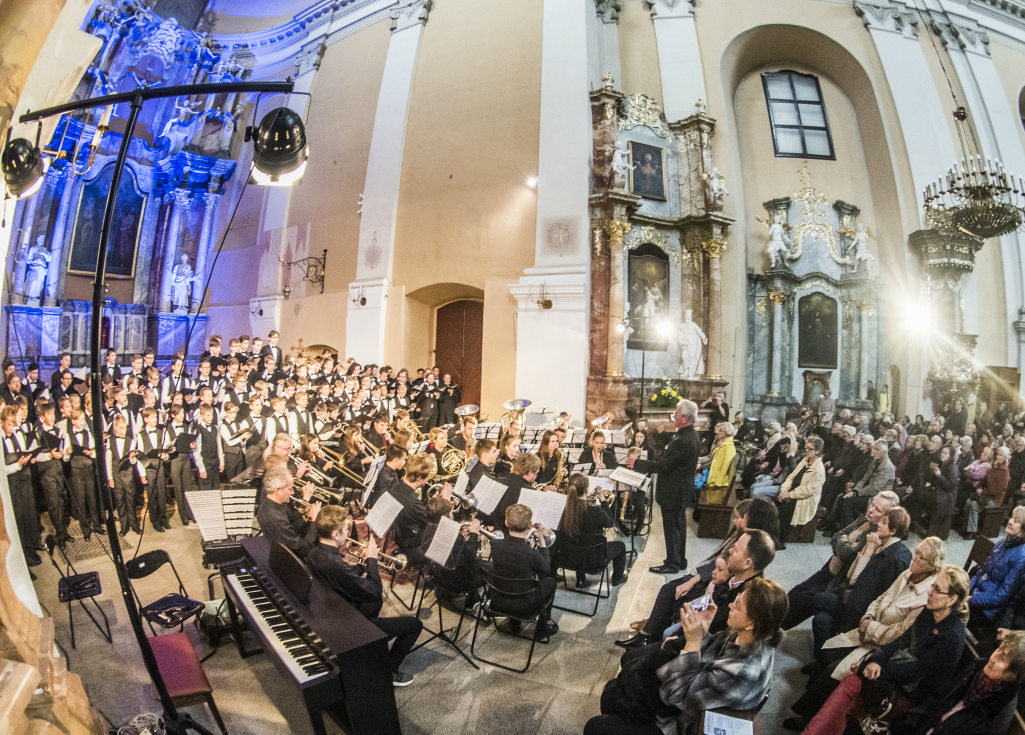 In 2017, the Festival took a new conceptual turn. To justify its name, the event was dedicated to the Way of St. James (Camino de Santiago) and the 30th anniversary of the Declaration of Santiago de Compostela. Back in 1987, the Council of Europe had declared Camino de Santiago as the first cultural route and symbol of European identity and heritage – a collective memory site transgressing distances, borders and language barriers. In the attempt to finalize the Festival concept and highlight universal values of Christian culture, great importance is placed on the continuity of the idea: future editions of the Festival will also be dedicated to the Way of St. James. The Festival’s new cultural definition and partnership with the Association of Friends of the Camino de Santiago have paved the way for the new development strategies and cooperation opportunities, expanded the map of concert activities and enhanced the Festival’s role in the country’s cultural life.

In acknowledgement of its artistic and public importance, President of the Republic of Lithuania, Dalia Grybauskaitė, and Archbishop of Vilnius, Gintaras Grušas, have become patrons of the International St. James Sacred Music Festival. 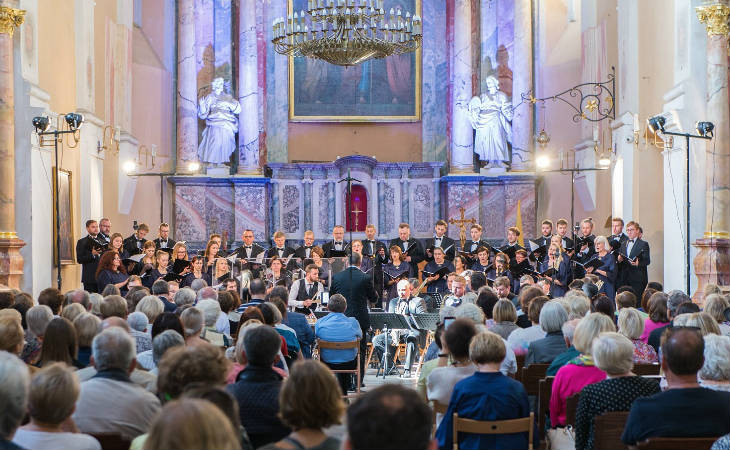 9 September – 14 October 2018. The 8th International St. James Festival is dedicated to the Centennial of the Restored State of Lithuania, Camino de Santiago and the European Year of Cultural Heritage. 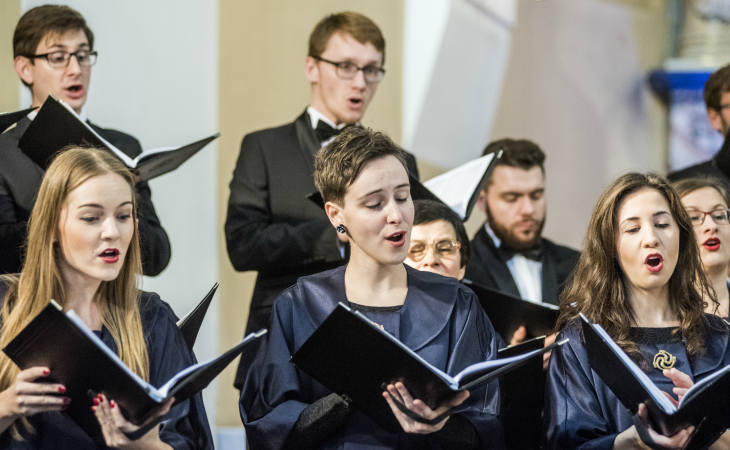 1 September – 8 October 2017. The 7th International St. James Festival will illuminate the beginning of autumn with the sound of sacred music and introduce the listeners to the versatility of this genre. Opening on the 1st of September this y... 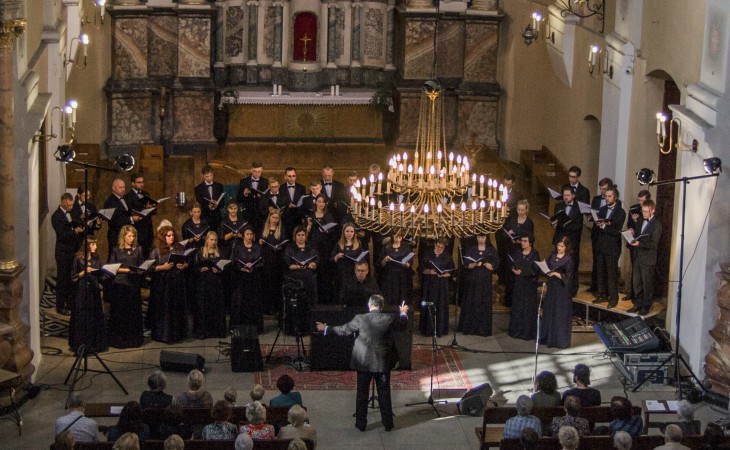 Enthusiastic, professional, exuding a special spiritual quality, St. James Festival is returning to Vilnius together with the arrival of autumn on 4 September – 15 October to warm up Vilnius’ residents and visitors with the sound of sac... 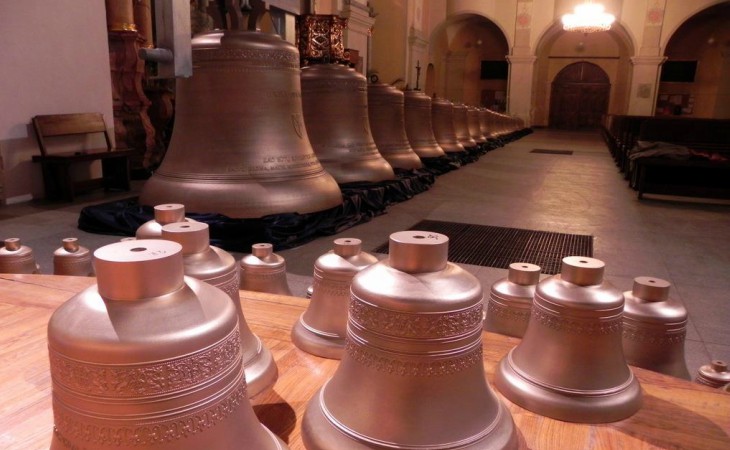 The culmination of this Festival edition was the inauguration ceremony of Vilnius Carillon. The Dominican brothers’ initiative was successfully completed on 6 September; following the opening concert of St. James Festival, one of the most... 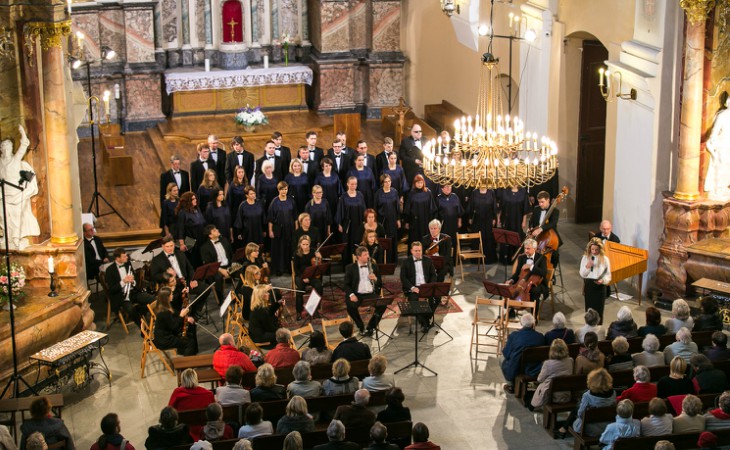 The programme of St. James Festival had never been as intense as it was in 2014. In the period 7–28 September, a total of 13 concerts were held.
This edition of the Festival boasted a great number of international guests including profe... 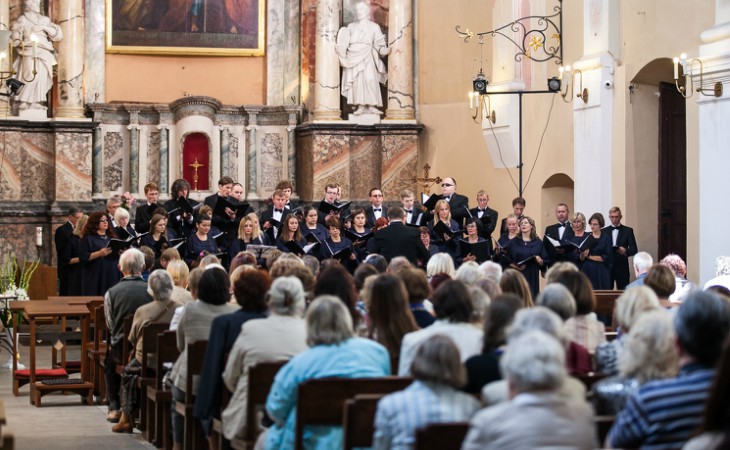 Filling the vaults of St. Apostles Philip and James Church on the edge of Lukiškės Square with the gorgeous sound of sacred music, the International St. James Festival came to town on 8–28 September for a third year in a row. Concerts in Vi... 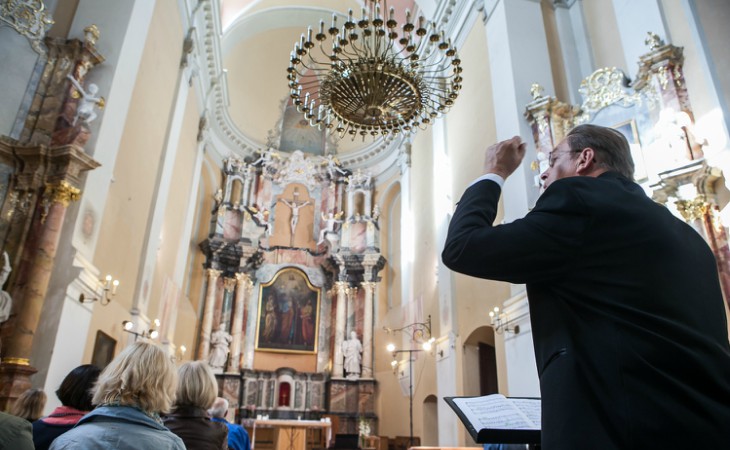 On 8 September 2012, the Church of St. Apostles Philip and James hosted the opening of the 2nd St. James Festival, which provides Vilnius’ residents and guests with the opportunity to enjoy sacred music in a series of concerts featuring p... 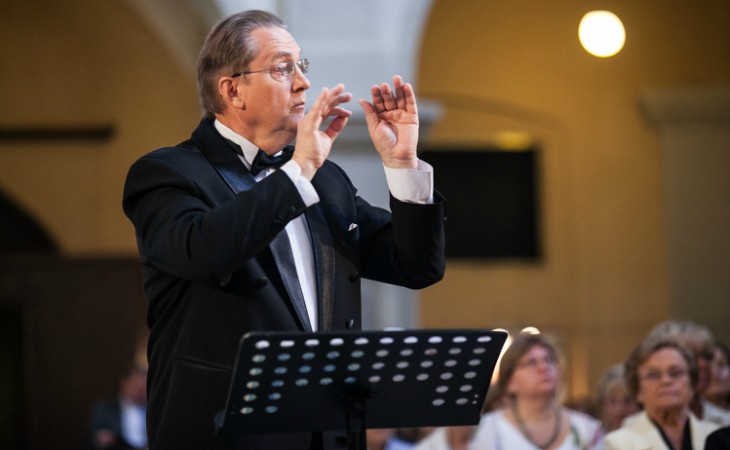 Resulting from the common initiative of Vilnius’ Dominicans and VILNIUS Choir, the International St. James Sacred Music Festival was launched on 28 August – 4 September and 2 October 2011 under the patronage of the Lithuanian Minister f...