A renowned Lithuanian choir conductor and educator Artūras Dambrauskas (b. 1961), an alumnus of National M. K. Čiurlionis School of Art, studied conducting at the N. A. Rimsky-Korsakov Saint Petersburg State Conservatory in 1980–85 and completed studies at a postgraduate level at the Lithuanian Academy of Music and Theatre in 1990–92.

Artūras Dambrauskas’ intense and multifaceted professional career began in 1986, when he joined the School Choir Conducting Department of the Lithuanian State Conservatory Klaipėda Campus. A faculty member there until 1998, he was also the leader of a mixed choir studio from 1989 till 1992. During his Klaipėda period, Dambrauskas was the Choirmaster/Concertmaster of GINTARĖLIS Boys’ and Youth Choir in 1992–95, Choirmaster of GILIJA Mixed Choir of Klaipėda Teachers’ House in 1990–93 and Artistic Director and Conductor of JUVENTUS Mixed Choir in 1993–96.

Having played an important part in Lithuania’s musical life as a conductor of various choirs, in 1998 Artūras Dambrauskas joined the faculty of Lithuanian Academy of Music and Theatre Kaunas Campus. Between 2005 and 2010, he worked at the LIEPAITĖS Choral Singing School as the conductor of the junior choir. Since 2009, Dambrauskas has held the position of Associate Professor and Head of the Music Theory and Practice Department at Vytautas Magnus University (VMU) Music Academy where he teaches conducting and other choral disciplines.

In 2018, Artūras Dambrauskas was bestowed with Lithuania’s Cross of Knight for distinguished merits in culture. 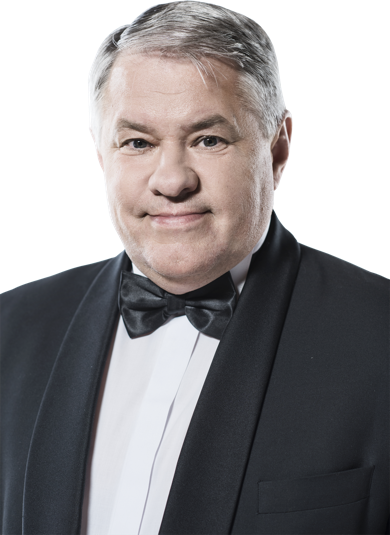 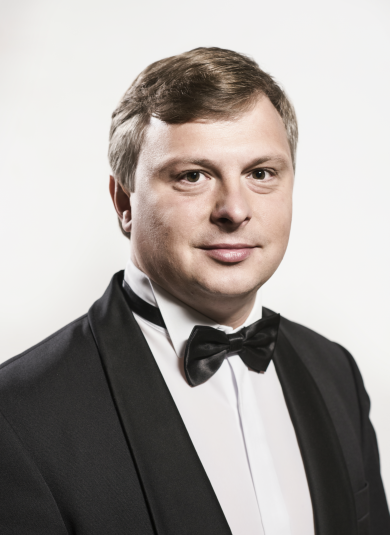 Second conductor with the Choir “Vilnius”, Giedrius Pavilionis has been actively involved in various choral music projects and formations as singer and conductor since 2005. He has obtained his Master’s diploma in choir conducting from the Lithuanian Academy of Music and Theatre in 2007 and has been selected among the prize-winners of the international competition for conductors in Poland.
His association with the State Choir “Vilnius” began in 2003 when he was appointed chorus master and renewed in 2017 with his promotion to the second conductor. While working with this choir, he has rehearsed and performed quite a few programmes of music by Lithuanian and foreign composers, and collaborated in the production of various educational projects for kids, including the semi-staged musical fairy-tale Dievo vabalo kelionė (Ladybug’s Journey) by Laimis Vilkončius, “Christmas with the Choir “Vilnius”, and John Rutter’s Mass of the Children.
He has appeared as conductor with the Choir “Vilnius”, Lithuanian Chamber Orchestra, Lithuanian Armed Forces Headquarters Band, Kaunas Big Band and various children’s choirs at many major venues in Lithuania and in a number of programmes, which have notably included “Glimpses of the Creator into Lithuania,” “Jazz Mass,” “I Sing Lithuania,” and “The Chants of Angels.”
His other long-term conducting positions have included chorus master with the Academic Choir “Gabija” of Vilnius Gediminas Technical University (since 2005) and choir leader with the Women’s Choir “Eglė” of Lithuanian Art Museum (2012‒2015).