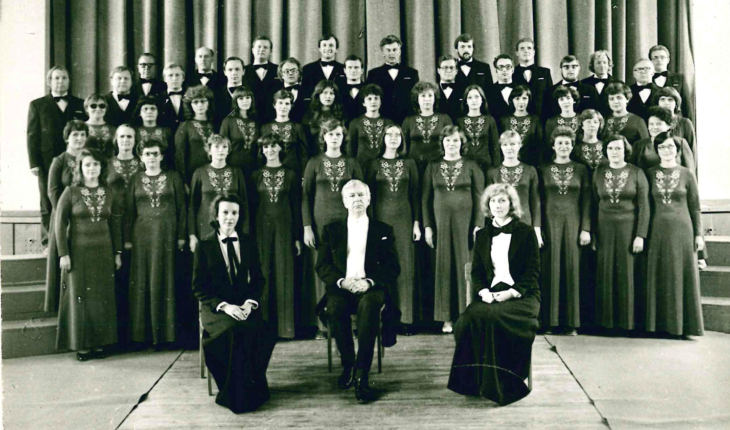 Currently ranked among the most prominent professional choirs in Lithuania, the State Choir “Vilnius” is, in the words of musicologist Jonas Bruveris, “visible, audible and much coveted.” Widely renowned for its professionalism and finesse in the performances of the stylistically varied repertoire and for its active involvement in diverse educational activities, it boasts an illustrious history of almost five decades since its foundation in 1970. Back then it all started as a mixed chamber choir of the Lithuanian Association of the Blind led by conductor Rimantas Zdanavičius. He remained at the helm until 1976 when he was succeeded by Prof. Antanas Jozėnas (1976‒1992).
On the occasion of the choir’s tenth anniversary conductor Jonas Aleksa admitted he has always appreciated its “remarkable, extraordinary sensitivity.” In 1973, music critic Edmundas Gedgaudas observed: “Performing Baroque and Renaissance music seems to provide a thorough education for this choir, which helps cultivate its vocal techniques and fathom the fundamental kinship between vocal and instrumental music”. Fourty odd years later, the choir can pride itself on the wealth of classical music heritage it has mastered over the years, while also keeping pace with the times. 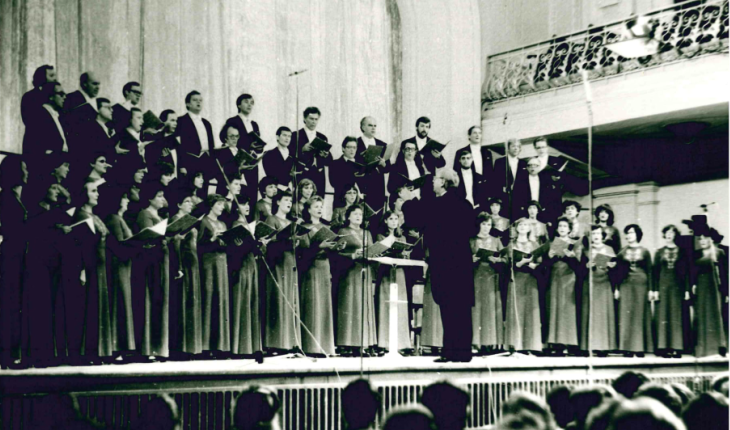 Starting from 1992, a pupil of Jozėnas, Prof. Jurijus Kalcas, took over as the artistic leader and principal conductor. It was during his tenure that the choir was granted the status of a professional concert institution in 1996. The choir continued to present programmes, which equally accommodated choral classics and new pieces by modern Lithuanian composers. In the recent years the choir has continued to expand its repertoire, focusing on two distinct trends: classical art music by Lithuanian and foreign composers and lighter genres, including the choral arrangements of golden oldies and popular music. “Besides performing works by the world-renowned classical composers, “Vilnius” also encourages Lithuanian composers to contribute more to the genre,” as composer Rimvydas Žigaitis once noted. 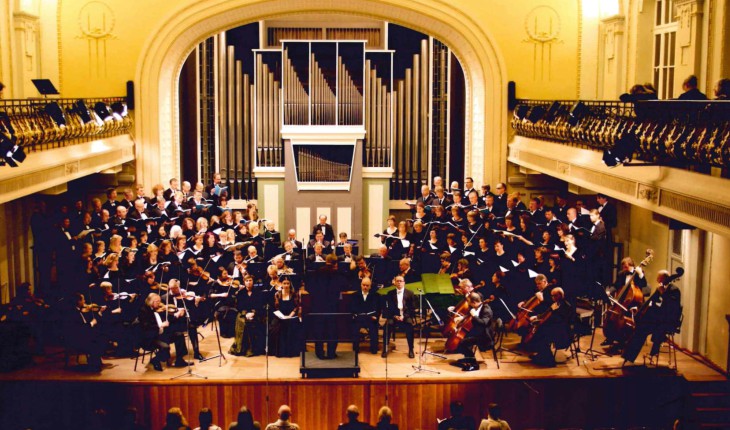 The State Choir “Vilnius” keeps motivating and inspiring Lithuanian composers by being actively involved in the premiere performances of their new works each year.
Its repertoire now spans from the sacred works by the founders of Lithuanian professional music (including Mikalojus Konstantinas Čiurlionis, Juozas Naujalis and Česlovas Sasnauskas) to contemporary choral pieces by the likes of Bronius Kutavičius, Jurgis Juozapaitis, Algirdas Martinaitis and Vytautas Miškinis.
The choir has also presented portrait programmes dedicated to the anniversaries of various Lithuanian composers.
In the recent years, the choir has been adding some different colours to its repertoire by venturing into lighter genres, such as popular songs, folk and jazz: it has presented a programme of songs by Laimis Vilkončius, entitled “Unseen Vilkončius,” and the “Jazz-Folk” project, produced in collaboration with folk singer Veronika Povilionienė and Lithuanian jazz musicians. 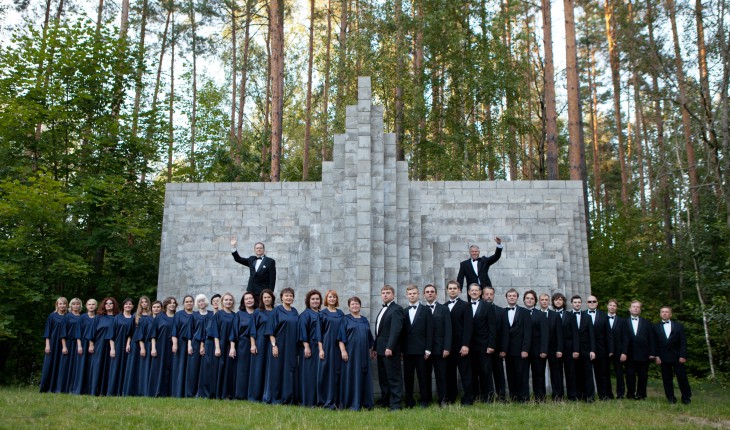 For fifteen years from 2001 Prof. Povilas Gylys has been appointed the choir’s artistic director and principal conductor. It is thanks to his effort that the choir was granted the status of the state institution in 2010. Notwithstanding the national recognition of the choir’s high standard of artistic excellence, emotional involvement has always remained at the core of its performances. As brother Saulius Rumšas, O.P., remarked: “In the works performed by his choir, professionalism is entwined with the spirit.”

Current leader of the State Choir “Vilnius” is Artūras Dambrauskas, a prominent Lithuanian conductor and educator. Ever since he took over the artistic leadership of the choir in 2015, he has introduced fresh changes to the creative strategy of the group. He continued to strengthen the multifaceted profile of the choir by combining art music and easy-listening genres. From the time of his appointment, the repertoire of the choir is still more explicitly growing in two directions – that is, art music and popular music.
The International St James Festival is yet another initiative by the choir, which launched in 2011 and introduced the annual series of sacred music concerts to the Church of Sts. Philip and Jacob in Vilnius. And what’s more, the festival was instrumental in promoting the initiative to restore the 61-bell church carillon, which rang for the first time in September 2015 to become the largest instrument in the Baltics.

The State Choir “Vilnius” has always sought to engage new audiences across all age groups through a variety of educational activities. Ever since its inception, it has strived to popularize choral music not only in the cultural hotspots but also in the small towns around the country and further afield. Nurturing its future listeners has been yet another important goal that the choir attempts to achieve by creating amusing educational projects for kids.